Austin City Limits has announced the 2019 lineup and damn is it good. The ACL Music Festival takes place over two weekends, October 4th-6th and October 11th-13th, at Zilker Park in downtown Austin, Texas.

Some of the artists are exclusive to one weekend or the other. Cardi B, FIDLAR, Faye Webster, The Kooks, Weyes Blood, Ximena Sariñana, and Finneas will appear only on weekend one. And, the second-weekend acts include Robyn, Denzel Curry, Third Eye Blind, Foo Fighters’ Chris Shiflett, and IDK. 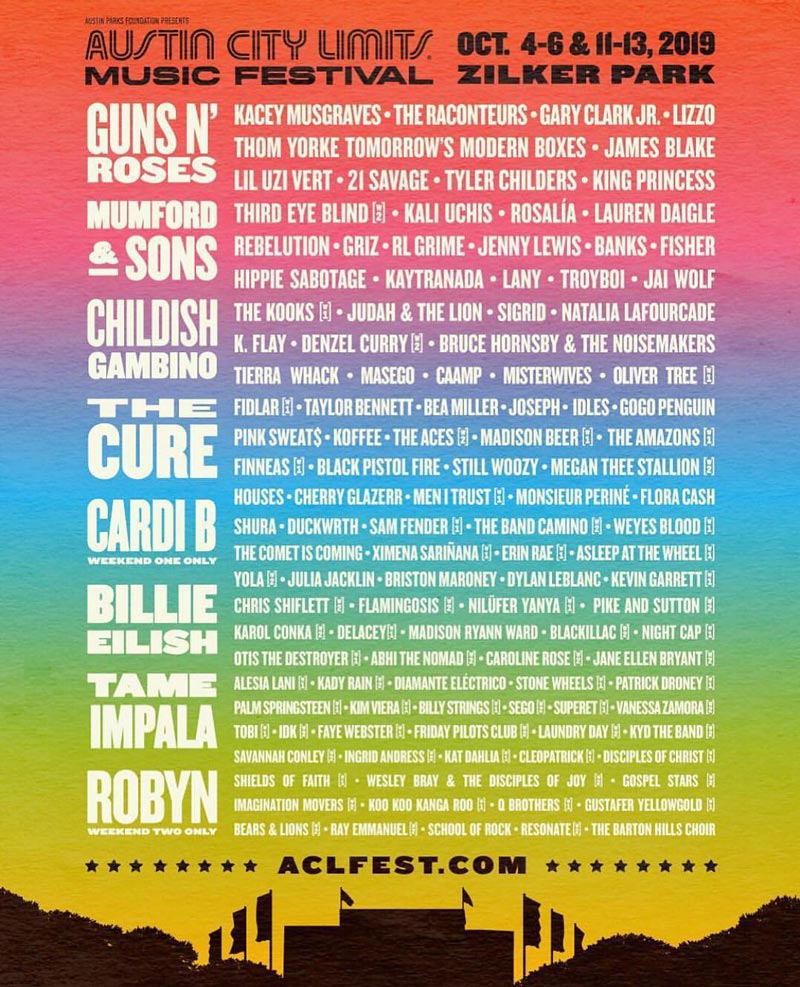