Skip to content
Imagine Festival Is Poised For Greatness

Imagine Festival Is Poised For Greatness

What is Imagine Festival?

Imagine Festival is a four-day celebration of music and arts, imagine festival brings to the stage some of the leading artists in trance. Imagine Festival takes place just outside Atlanta Georgia in the small town of Kingston Downs. Imagine Festival also has camping to allow for several days of fun.

A Peak in History

The festival scene in the southeast is extremely competitive and volatile. Though a lot of festivals have come and gone, Imagine Festival stands as a staple small festival with big dreams.

The third-year for the festival was to be held August 20-23 at Atlanta Motor Speedway in Hampton, GA. The lineup boasted artists such as Bassnectar, Pretty Lights, STS9, Big Gigantic, and more.

But as Friday came closer it was clear that fans would not have a good weekend due to many reasons including lack of support from the promoters and other obstacles that arose.

To understand how we got to where we are now we must go back to the beginning.

Imagine Festival began in 2012 with headlining acts like Pretty Lights, Gramatik, and Big Boi. The festival was an instant success selling out of general admission tickets at 12,000 attendees in less than 48 hours (Hampton Roads). That following year the festival added local favorites Tipper and Manic Focus to the lineup along with many others for a total of 15,000 unique attendees on each day of the festival which spanned over three days.

This growth continued into 2014 when Imagine expanded to 4 stages offering more music per day than 2013 plus adding their new camping grounds dubbed “Camp imagine.” They also added Chance The Rapper as the headliner. But this is where things started to get rough for Imagine Festival.

Just before the 2014 festival began it was announced that all tickets for Imagine would be sold via paperless ticketing. This meant that you would no longer have your original ticket mailed to you but instead, an imagined fest wristband on your wrist (Festicket).

The reason for this change was given as an effort to combat the scalping of tickets. But many unhappy fans voiced their displeasure with the new method stating they wanted hard copies shipped, couldn’t receive their bracelet in time, or didn’t like how it felt on their wrist. These issues ranged from inconvenience to health concerns (Yahoo) (Atlanta Magazine). A petition even began making its rounds through Reddit and other social media outlets asking for a reversal on this decision (Change.org).

Imagine is a festival that was born out of one man’s dream. Robbie Chappell had always envisioned what it would be like to create his own music experience, and in 2009 he decided that the time was right (Chicago Magazine).

But imagine wasn’t just created for him, it is something he wanted everyone to be able to relate to which is evident through the motto of the festival “a utopia of Music Culture”. So imagine moving forward with Chappell at the helm with goals in mind.

The first goal was to sell 7500 tickets (they were well over 4000 last year), then 10k, 15k, 20k, 25k…..31K (Sandy Springs Patch).  For a festival that started out in the thousands imagine was growing to a level that many similar festivals would envy. Because at that same time there were rumors of Imagine being courted by brands such as Monster Energy, though nothing ever came from any talks with the company.

The move from paperless ticketing could have been a huge boom for imagine if executed properly which clearly was not the case. This alone caused an uproar among fans and promoters alike. So imagine starting 2015 with two strikes against them already and then adding one more major issue.

The third strike occurred when their headliner for Friday, August 21st; Big Gigantic, had to cancel only three days before (No Show). Big Gigantic was scheduled to play on Friday but due to stormy weather on their flight into Atlanta, they were forced to cancel (Festicket).

So imagine fans that had purchased tickets months before expecting the show of their life only to be left staring at nothing. But imagine quickly redeemed themselves by offering an incredible replacement act; Gramatik (No Show). There is no telling how much momentum imagine lost due to this Big Gigantic debacle but it had to have been huge.

Right before Imagine Festival was set to begin promoters had one more major issue on their hands; the festival location was in question. The map provided shows imagine located about halfway down the hill with vendors and other meeting points below that. Next year imagine announced they would return to Dreamville which is where imagine began.

This means imagine will have a new home for 2016 and that they might not be returning to the same location as this year. But imagine has done something no other festival in Atlanta has been able to do, move! So imagine starting out on a rough foot but with big plans for their second year moving forward.

This is great news for the fans because the best events will stick around and rise to the top! Imagine Festival, in Atlanta, looks like it’s poised to come out on top of the list of 2016 southeast events.

While we have thoroughly enjoyed and loved past events like CoutnerPoint and TomorrowWorld, for one reason…or many…they will not be returning at all in 2016. And honestly, hopes are diminishing that they’ll return at all (I’ll always be team #CP4LIFE though).

Despite the sorrow of losing these once-great festivals, their departure has made room for others to shine! Imagine Festival has made HUGE waves on its own since its inaugural event in 2014.

The festival has doubled in attendance size over the first two years of existence. This is great but there was no way the fest could continue to grow a the same location. Luckily, Atlanta has some other options for the Imagineers!

The 2016 edition of Imagine Festival is going to be held at Atlanta Motor Speedway. Although it’s not necessarily right inside the city, I think this location will work well for everyone! It’s still close enough for people to take a short drive or Uber from their hotels and it’s close enough for locals to get to from their homes.

One thing I cannot get out of my head….it feels like Imagine really has the potential of being the EDC Vegas of the southeast!

Anyone in the scene will know this is a HUGE compliment and gauge of what’s to come for the festival. The move to a well-equipped race track, with great permanent infrastructure and the ability to host large numbers of guests, is one aspect that likens the festivals.

Another common theme that Imagine is going to gear up, like EDC, is the immersive theatrical element of the fest! Imagine definitely has its own, unique brand of underwater magic.

I’m excited to see how the creators cover the new grounds with these elements – including art, performers, and even with the stages.

This is why imagine will outshine other festivals in the southeast! 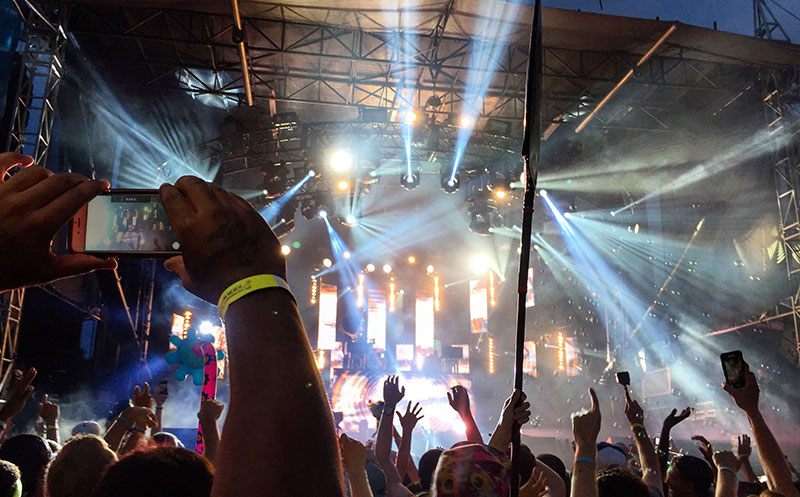 One thing imagine has already made clear is that they are moving to the Atlanta Motor Speedway for 2016. Between the exit and re-entry, porta-potties, water refill station (very important!), food court, VIP area, super fancy bathrooms that play “snow” on the floor…these infrastructure points are crucial to imagine continuing to grow.

Additionally, imagine’s stage production is off the charts!

With each new year, imagine keeps getting bigger and bigger. They’re one of the only festivals in our area that has extended their hours past 5 am (and no other festival does it quite like imagine).

It’s because imagine knows there are people out there that will stay up all night dancing. This is what the imagine producers are gearing up for in 2016, to have longer nights with more music!

One can only imagine what sort of ideas they have planned for us this year. I’m looking forward to seeing it all come together and being amazed by imagine’s the second year at the Atlanta Motor Speedway!

Purchase Tickets (grab them before the price goes up) – HERE

One really awesome thing about this years’ event is that the organizers have partnered with AQUA, a company that will install and run a 3D water hologram on the Main Stage!

Not only will this awesome production be out of this world to witness…the company also gives back to third-world countries that are in need of clean water. There are 2 ways you can help donate!

If you want to imagine with us at this year’s Imagine Festival, click here to get your tickets today!